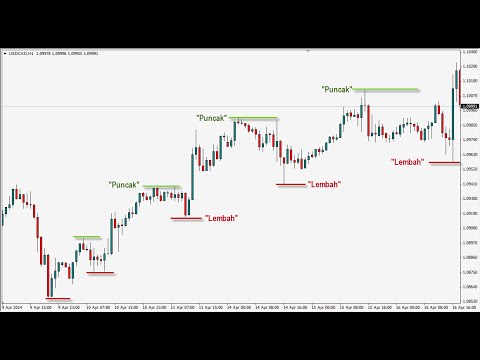 Since I angered some Chads on /r/investing here's why I think China is the next "big short".

Fellow idiots,
I posted this comment which seems to have angered the highly sophisticated /investing community. I don't mind being downvoted but at least provide some counter arguments if you're going to be a dick. So in the pursuit of truth and tendies for all, I have prepared some juicy due diligence (DD) for WSB Capital on why China is on the verge of collapse.
TL;DR at the bottom.
Point 1: Defaults in China have been accelerating aggressively, and through July 2019, 274 real estate developers filed for bankruptcy, up 50% over last year. A bonus? Many Chinese state controlled banks have been filing for bankruptcy as well. Just google "china bank defaults" or something similar. Notice how many articles there are from 2019? When the banking system fails, everything else usually fails too.
Point 2: The RMB has depreciated significantly. Last time this happened, in 2015-2016, there was a significant outflow of foreign invested capital. According to the IIF, outflows reached $725bn due to the currency depreciation.. This time is different why again? I have heard some arguments why there will be less outflow this time, but I struggle to buy them.
Point 3: Despite wanting to operate like a developed economy, China still has not been able to shrug off the middle income trap. Their GDP per capita is comparable to countries we normally associated with being developing/emerging markets. Tangentially related to point 10.
Point 4: China is an export-dependent economy, with about 20% of their exports contributing towards their GDP. Less exporting means less GDP, less consumption (because businesses make less money, they pay people less, who in turn spend less), which has a greater effect on GDP than any declines in exports would have at face value. Guess what? Chinese exports dropped 1% in August, and August imports dropped -1%, marking the 5th month this year of negative m/m export growth..
Point 5: Business confidence has been weak in China - declining at a sustained pace worse than in 2015. When businesses feel worse, they spend less, invest less in fixed assets, hire less until they feel better about the future. Which takes me to my next point.
Point 6: Fixed asset investment in China has declined 30 percentage points since 2010. While rates are low, confidence is also low, and they are sitting on a record amount of leverage, which means they simply will not be able to afford additional investment.
Point 7: They are an extremely levered economy with a total debt to GDP ratio of over 300%, per the IIF, which also accounts for roughly 15% of global total fucking debt. Here's an interview with someone else talking about it too.
Point 8: Their central bank recently introduced a metric fuckton of stimulus into their economy. This will encourage more borrowing....add fuel to the fire. Moreover, the stimulus will mechanically likely weaken the RMB even more, which could lead to even more foreign outflows, which are already happening, see next point.
Point 9: Fucking LOTS of outflows this year. As of MAY, according to this joint statement, around 40% of US companies are relocating some portion of their supply chains away from mainland. This was in May. Since May, we have seen even more tariffs imposed, why WOULD companies want to stay when exporting to the US is a lot more expensive now?
Point 10: Ignoring ALL of the points above, we are in a global synchronized slowdown, with many emerging market central banks cutting rates - by the most in a decade. Investors want safety, and safe-haven denominated assets are where we have seen a lot of flocking into recently. Things that can be considered safe-havens have good liquidity, a relatively stable economy, and a predictable political environment.
Would love to hear opposing thoughts if you think China is a good buy. I am not against China, nor any other country for that matter, but I am against losing money (yes, wrong sub etc.), and I can not rationalize why anyone would be putting in a bid.
TL;DR: the bubble is right in front of your face, impending doom ahead, short everything, fuck /investing.
Edit, since you 'tards keep asking me how to trade this, there are a few trades that come to mind:
*not investment advice*

(Reboot) ELI5 on how China fucked their own economy, chapter 6

OK Yesterday's HCFTHE was a big let down. I read on the next few chapters and I feel like there's no more point in translating anymore because the author's coherence is slipping.
This is a reboot. From here on, it's all cruise speed. No translating, it's all me!
(Translated) Chapter 1
(Translated) Chapter 2
(Translated) Chapter 3
(Translated) Chapter 4
(Translated) Chapter 5
Chapter 6: RMB internationalization, a dream? a future?
RMB internationalization. You've heard of RMB. We all have, the legend, the curses. Some foolishness about a currency that never devalues. A closed currency. Buried beneath an opaque monetary policy... a bald, aging portrait of Mao luring investors to their dreams. An illusion that you can begin again, change your fortunes. Issuing them, though, that's not the hard part. It's internationalization.
(Sorry been playing A LOT of fallout. Production is down 50% because half my office are gone and the other half...are playing with me. Seriously, fuck Chinese New year.)
Except for the face culture, RMB internationalization is pretty much a national goal of China. To have their currency achieve global status will make it a rival currency for the USDollar, much like the Euros...except it's Asian. An Asian euro is crucial for China to establish its asiaphere influence zone. Having China enter IMF's basket of currencies is just a first step.
Before we talk about "how", let's talk "why". Why is it important for RMB to go global. For this we will need a deep understanding of world economics, but to dumb it down to ELI5 levels, we'll simplify it down as following:
World domination.
Wow wow wow holy fuck upads what the fuck!? This escalated quickly!
Sorry, but this is a fact. The British Pound, once served as the world's premier reserve currency, shaped the British Empire where the sun never. In fact, UK still hold [14 overseas territories[(https://archive.org/stream/09LONDON1039/09LONDON1039_djvu.txt), and the sun never sets on all fourteen British territories at once. Glory to the queen!
OK let's double time, here's a short list of goals that RMB internationalization can help achieve:
Now on the spot light. Everyone who are asking me to talk about silk road start reading here.
Right now, China is in a tough spot with their overproduction problem. Here's a flow chart, from the start to now:
China is not as stupid as you think. They know how supply and demand works. They did not foresee the death spiral because there is no precedent. In normal cases supply-demand imbalance even out naturally by supply side shutting down due to lack of profit. But this is China. Steel makers are not investing their own money in the business, they are getting their source of funds from the government are. They do not care if their factories do not turn a profit. Afterall, it's not their own business.
"China is different." Damn right you are. China is the only country in the WTO whose majority of the population lacks independent thinking. The Chinese hierarchy system...it's a convenience. It tells you where to go, what to do, dulls your brain. The party wants us to make steel, I make steel, you make steel, everyone make steel! Everyone apply for a job for the steel making industry and everyone get subsidy from the government! Everyone drive down prices and everyone borrow money! Because the party says we need to make steel.
To fix this death spiral, China needs a larger demand, and if they cannot create demand among themselves, they have to create demand among foreign countries...and there is no way in hell the Americans and Europeans will accept Chinese quality steel.
So, turning their eye to Iran, Pakistan and other developing countries. Cue the one belt, one road protocol. Here's their pitch, dumbed down:
China: Do you want GDP? Do you want groooowth? Learn from us! Build bridges! We can sell you steel at half price! Not like greedy Europeans.
Really, that's it. Building infrastructure is one of the fastest way to bump your GDP, even if they end up useless later on. If China can sell their steel to those countries, they can effectively get rid of a lot of overproduction, maybe even evening out the supply-demand imbalances with the increase in demand!
Two obstacles here.
These developing countries have their own currency, and their other currency is in the form of foreign exchange, in USD. Foreign exchange risk still applies here. Secondly, because they are developing countries...often they don't have the money.
The solution: lend them money. With RMB. Through the Asia Infrastructure Investment Bank. This is going to kill 3 birds with one stone.
Whew! That's a lot of research! Now that we got the AIIB out of the way, one belt is partially explained but to those who don't get it, high speed rail uses a lot of steel, and is considered infrastructure.
Now that we've got AIIB and one belt under the belt, the last that remains: one road. This is when I'm going into /conspiracy level shit talking and I'm sure I'll be generating a lot of downvotes, so I'll keep it skippy. Here's a list of problems are facing that can be solved with one road(sea silk road):
Here's how one road will help them solve these problems:

News roundup for the previous week.
In International news
In Domestic news
In SciTech news
In Economic news
In Military news
Other Notables

News roundup for the previous week.
In International news
In Domestic news
In SciTech news
In Economic news
In Military news
Other Notables